Medical historians have identified the cause of the Black Death as plague, an infectious disease caused by the bacterium Yersinia pestis.Plague bacteria infect rodents, such as rats, ground squirrels, and prairie dogs. The bites of fleas transmit the germs from rodent to rodent and from rodents to human beings or pets.

However evidence produced by forensic scientists and archeologists in 2014 from human remains in the north of the City of London suggests that fleas could not actually have been responsible for an infection that spread so fast – it had to be airborne. Once the disease reached the lungs of the malnourished, it was then spread to the wider population through sneezes and coughs. more... 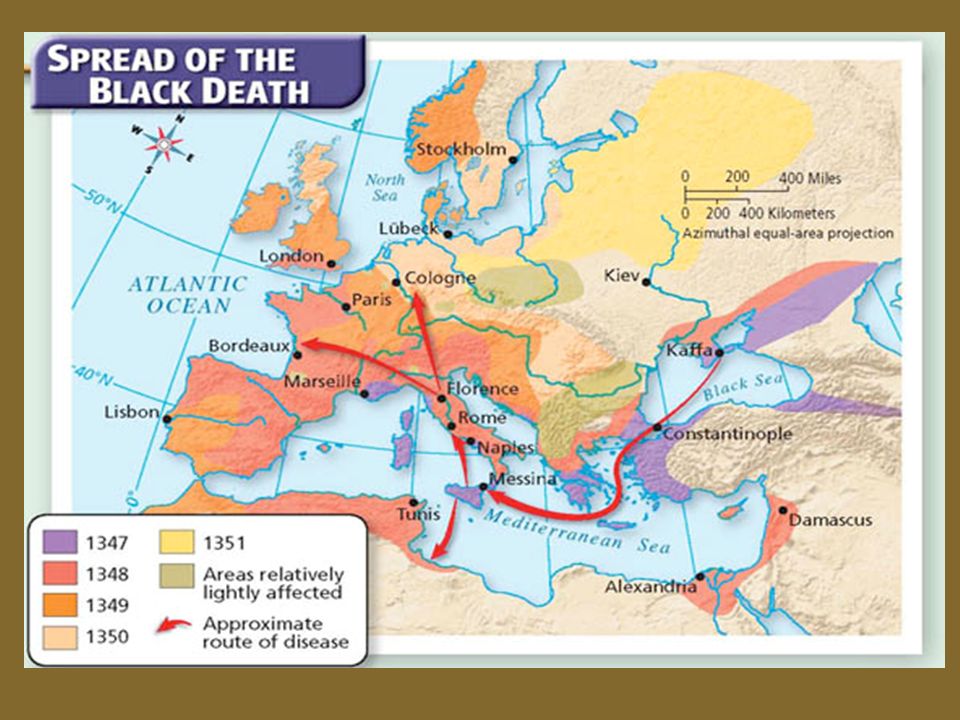 The symptoms of the Black Death were terrible and swift:

Other symptoms of the Black Death included:

Plague warning poster.  This is an image of a plague doctor.

A Merchant ship entering the port of Messina in Sicily carrying a terrible disease from Asia to Europe. Though the ship was moved on to another port, mearly tying the boat up had allowed the rats who carried the disease in their flees to bring the disease to Europe. The Black Plague was continuing its spread across the know world. About 20 million people would loose their lives.